In this salient reflection, Chinese colleagues describe their efforts to grow the field of infant mental health in China. The paradox of rapid economic growth alongside under-resourced mental health services is highlighted alongside the potential within China, due to its centralised government, to develop infant mental health oriented social policy. They also articulate the challenge to draw on knowledge from the western world while also being domestically innovative to ensure the best cultural fit for local programmes and initiatives.

Establishing the Chinese Affiliate of WAIMH– Current Development and Challenges

While maintaining the fastest growing economy in human history, as well as making significant improvements in population health, the People’s Republic of China (China) has been falling behind in its mental health services. Infant Mental Health (IMH) is not a well understood term for most.  In order to address this gap, we have been taking the first steps towards establishing a Chinese Affiliate of the World Association for Infant Mental Health (WAIMH).   This short report summarises the work that has been carried out and future challenges for promoting infant mental health in China and for establishing a WAIMH Chinese Affiliate.

Despite China’s remarkable economic transformation, there is increasing economic inequality. China’s Gini coefficient was 0.55 in 2012 (Xie & Zhou, 2014), significantly higher than the warning level of 0.4 set by the United Nations. Poverty in rural areas of China is particularly problematic as people move to urban areas to seek employment. China currently has an estimated 247 million people described as ‘floating population’, which translates to approximately 35.8 million migrant children (Yang D. 2016), and more than 9 million children being left-behind in rural areas (National Report of Left Behind Children, 2016).

However, as migrants do not qualify for full access to services and resources, including migrant children’s opportunities for education, there is additional strain on children and families.  Rural parents pressured to seek greater income far from home are confronted with the dilemma of having to either leave infants and young children with elderly relatives, which has been associated with diminished developmental stimulation, or migrate with children in tow but risk limited access to education and forego the support of extra family caregivers.  A cross-sectional survey conducted in one county with a high proportion of migrant population in Anhui province has showed that approximately 19% of infants are separated from their biological parents and receiving family care (not biological parents) by six months of age, while 45% of infants are in such care by one year of age (Guan, 2016).

Other threats to infant mental health are also significant. Such as the rising number of divorce and family fragmentation, highly pressured work for large proportion of parents in urban cities, and emphasis on material provision in parenting. Furthermore, infant abandonment remains high and Child Welfare Institutions are constrained in moving toward family-based placements. For example, the foster care policy-making that is not oriented toward infant mental health.

New Development in Establishing the Chinese Affiliate of WAIMH

The Chinese Association for Maternal and Child Health Studies (CAMCHS) was established in 2012 as a government-recognized non-profit organization. Working within the restructured aims of the National Health and Family Planning Commission (NHFPC), CAMCHS regularly hosts ECD national round table meetings and international forums. It also organises government authorized training programs. After a year of discussions and meetings, CAMCHS decided to embed WAIMH’s vision and mission into their existing ones, and work as the China affiliate for WAIMH.

Although details are yet to be discussed in terms of actions to take to integrate WAIMH and CAMCHS, in April this year, CAMCHS held an international ECD Conference, in Beijing. The conference was titled: “Promoting nurturing care for children 0-3 years”. It aimed to introduce IMH to attendees. During this conference, Chinese government officials, including high level representatives from the National Working Committee for Women and Children under the State Council, and the National Health and Family Planning Commission, gathered with international experts from WHO, UNICEF, America, Australia, Mexico, Turkey, and Japan, as well as more than 400 clinicians from 29 provinces of the country. The two-day conference had 18 presentations. Topics covered included: (1) different intervention programs from USA, Australia, and Turkey;  (2) research tools and guidance to measure and assess the impact of ECD interventions;  (3) implications of responsive caregiving and high quality parent-child interaction; and (4) the importance of governance for multi sectoral collaboration, and ensuring optimal ECD outcomes for children with special needs.

Dr Hisako Watanabe from the WAIMH board gave a keynote speech on the 2nd day, highlighting the importance of IMH among all domains of early development. She appreciated the enthusiasm of the participants, comprised of the Chinese government officials and local leaders across the country who gathered to promote early childhood development for the coming generations. She urged them to preserve the Chinese intuitive parenting which is a unique heritage of culture and tradition embedded in the non-verbal realm of unconscious in everyone born and bred in China. She also advised them to value their identity while absorbing modern technology and information.   She drew on how Japan’s rapid post-war industrialisation has yielded nationwide dysfunction of intuitive parenting and family life leading to ever-increasing emotional problems in children such as maltreatment, school refusal, social withdrawal, anorexia nervosa and others.

Dr Watanabe also held private meetings with CAMCHS head, as well as leaders from the National Working Committee for Women and Children, and discussed possible future events that might be helpful for establishing the Chinese Affiliate of WAIMH, as well as promoting infant and family well-being in China. She acknowledged the complexity of integrating western infant mental health into the unique asian social system of China. Dr Watanabe assured continuing support from WAIMH in the development of the Chinese Affiliate of WAIMH; a process which will be an exciting joint venture and reciprocally beneficial to Chinese professionals and to WAIMH.

To ensure real change in promoting infant development in China, we not only need recognition of the importance of IMH but we also require concrete actions. There are three major challenges we aim to currently address. First, China lacks trained infant mental health professionals. Practitioners working on the front line in hospitals, community centres and schools know little about IMH and theories such as attachment theory. Good training under well-designed curricula will help build a strong work force to implement interventions in their daily practice.  However, the government must provide regulations and serve as a gate-keeper for quality control, defining both trainer and practitioner qualifications to work in IMH. Second, politically, we also aim to bring IMH into policy-making. China is a large country but one with significant central government capacity to ensure policy implementation.  Last, in the field of IMH research, China requires well-trained scientists in theory and methodology to carry out high quality research projects. At the moment, most programs related to IMH and more broadly Early Childhood Development, are brought in from countries such as the USA and Australia. Innovative education programs for researchers and practitioners domestically will help the localisation of overseas programs, as well as designing our own.

After the government’s endorsement of the two-child policy, the country is expecting 20 million live births in the year 2020. How to care for the most important resource for the country’s future and how to raise competent and responsible generations, are issues that need urgent solutions to ensure optimal development for China’s infants. 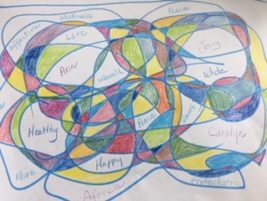 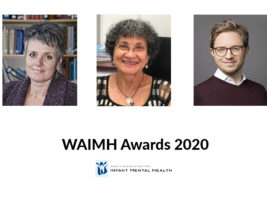 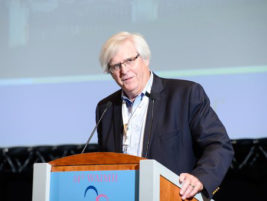 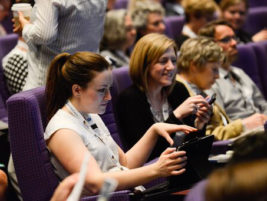 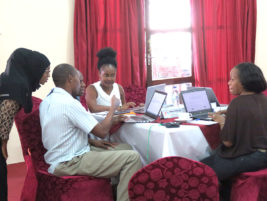 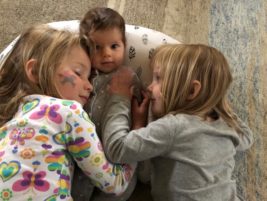