A case for cultural sensitivity instead of cultural relativism

Gaskins et al. (2017): A challenge to the WAIMH position paper on the Rights of Infants.

Gaskins et al. (2017) have recently challenged WAIMH’s position paper on the rights of infants, in their chapter of the book “The Cultural Nature of Attachment” (Keller & Bard, 2017). The authors state that WAIMH’s infants’ rights motion belongs to a type of international initiative that is well-intended but limited with respect to the capacity to be implemented across diverse cultural settings. In their understanding, WAIMH – like several other organizations – relies on academic experts who:

… have reached ‘scientific’ conclusions about ‘universal’ behavior by studying a narrow range of human behavior that primarily reflects Western thought and practice, and then overgeneralizing those conclusions to the rest of the world (p. 322)

This kind of cultural bias would limit the validity of policy recommendations and reduce the likelihood of their acceptance in non-Western societies. For example, some of the rights that WAIMH claims for children would reduce the authority and autonomy of parents to regulate their children’s care and conduct, and therefore would not be accepted in cultures where a strong commitment to parental authority (and even physical punishment) is an essential aspect of beliefs and norms. Recommendations by the rights of the infant movement could actually compromise the wellbeing of children and be harmful for families if they conflict with cultural realities for the role of children, their social support system, and the rules of socialization. The risk of harm caused by culturally monocentric approaches could increase when nongovernmental organizations (NGOs) implement services in developing countries, and even in Western countries where migration, especially from African and the Middle Eastern countries, is increasing in prevalence.  They state that:

The authors list some examples of childcare practices that could differ significantly across different cultural beliefs and attitudes:

…the concept of sensitive parenting and attachment-based interventions derived from it are not necessarily appropriate for use with all families in non-Western societies or from minority communities within Western societies (p. 331).

Attachment parenting presents a narrow portrayal of which caregiving practices are ‘natural’ to humans as a species, despite scholarly disagreement about which practices actually characterize care of the young and the extraordinary range of actual caregiving practices throughout the world in which infants thrive (p. 331).

In the authors’ view, achieving social trust in the preschool classroom that creates a positive social and emotional climate for early childhood education seems to be a better contextual quality indicator then simply warm teacher-child attachment relationships, which vary in how they are understood and recognized in diverse cultural communities.

The authors recommend that practitioners adopt a culturally sensitive attitude when working with populations from diverse cultural backgrounds. Instead of applying their own cultural beliefs in an indiscriminate way, for example to evaluate rearing practices in migrant populations, they should ask “Why is the parent following this particular practice?” or “Is there a reason that motivates this behavior, perhaps stemming from a belief in particular socialization practices?” Furthermore, they recommend more research efforts to build an evidence base for practices that may vary across cultures. The study of cultural differences should become a priority in attachment research as well as in intervention studies. “(…) Unless culture is incorporated into the empirical database, culture will never find its ways into policy” (p. 332).

Response to Gaskins et al. (2017): A case for cultural sensitivity instead of cultural relativism

Certainly it is to the credit of the authors, as well as of Heidi Keller’s group, that they draw our attention to the danger of the culturally monocentric approaches of Western-based research traditions and especially of an uncritical transfer of Western attachment research findings to child-rearing practices and policies in diverse societies. But:

The claim that universally valid rights of children, especially of infants, can be determined seems to be challenged by the idea that the beliefs, values and practices of child rearing should be grounded in the parental culture, rather than being judged against any global criteria. I would like to discuss this culturally relativistic approach by addressing three essential rights defined by the WAIMH position paper:

The satisfaction of this need in early childhood cannot be taken for granted in many parts of the world. In Western societies themselves there has been a fundamental change in attitudes towards good care practices over recent decades. For example, until the 1980s in both the USA and Europe, infants were separated from their parents when they were admitted to hospital with serious illness, sometimes for many weeks or even months. It was believed that the hygiene standards of a hospital required parents to be excluded from the children’s ward, and that young children would suffer more if they were too close to their parents. The ground-breaking work of René Spitz, James & Joyce Robertson, John Bowlby and many others made the public aware of infants’ emotional need for continuous care from sensitive caregivers, and that early separation is a major risk factor in mental health development. Since then, paediatric care practice has changed dramatically.

Giving consistent focus to the emotional needs of young children has changed cultural beliefs and rules in many parts of the world, even though there might be culturally rooted differences in the structure of caregiver settings (e.g. mother, father, family, institutional settings). However, there are still many places and situations in the world where young children are separated from those to whom they relate most closely. For example, in Romania during the communist era, infants were placed in inadequate children’s homes and suffered from the absence of continuous caregivers; migration also often leads to family dispersion, with traumatic experiences of separation for infants; leaders of rich countries may decide to separate young children from their parents to make a political point, etc.

All these separation procedures may be justified by good reasons: ideologically rooted beliefs in optimal childcare practice, poverty, the search for a better life, border control etc. Cultural sensitivity should lead us to ask the parents or other responsible adults about the reasons for their practices, and to treat them with understanding. On the other hand, we clearly also need to look at these practices through the lens of young children’s emotional needs and indicate the consequences for mental development.

This issue is already more complicated, because there seems to be no clear-cut distinction between the physical abuse of children and culturally accepted methods of education using corporal punishment. Even within Western societies there are differences: 57 states (including Germany, Finland, Spain, Brazil, Nepal and Kenya) have officially prohibited the corporal punishment of children, while by contrast in all of the United States and in most African and Asian nations, corporal punishment by parents is currently legal. It is also legal to use certain implements such as a belt or paddle. There is clear empirical evidence that physical abuse is harmful for children and presents a risk to mental and physical health. It is an open question whether there are any forms of acceptable violence, like spanking, in the context of the parents’ cultural backgrounds as a measure of ensuring parental authority. This question cannot be solved by empirical research alone. It is also a question of social values. To me it seems clear that in societies in which violence is an accepted method of solving conflict, violence towards children is more tolerated as well. There may be understandable reasons why violence as an educational method might be justified: ensuring parental authority, supporting discipline in uncertain circumstances etc. Cultural sensitivity is required to understand the backgrounds of violent parental practices. It is not at all justified to counter such parental attitudes with arrogance and moral condemnation. On the other hand, it seems to be problematic that diverse cultural norms and values are supposed to be sufficient reasons to deny children the right to physical integrity.

Equality of rights regardless of gender

This might be the most complicated issue because gender roles and gender-specific care of children are largely rooted in cultural backgrounds and often the religious beliefs of adults. Developmental research teaches us that there are different developmental pathways for male and female development (for example Tremblay & Cote, 2019, in a special issue of the Infant Mental Health Journal), but it is still quite unclear which are the biological and which are the social roots of these differences. The roles of male and female individuals are quite diverse in different societies; in particular, the social participation of girls and women in public life is completely different in different parts of the world. These differences again cause problems especially when populations from diverse cultural backgrounds join together as a consequence of increasing migration. It might be necessary for cultural values about gender roles to be newly negotiated at some point in Western countries as well. Cultural sensitivity means that we listen carefully and try to understand the attitudes of parents from different cultural backgrounds, for example about their ways of treating boys and girls. But this cultural sensitivity does not relieve us of the necessity to look after our children’s developmental needs for increasing participation in social life, regardless of whether it is male or female development.

Cultural relativism bears the danger of relativizing the essential rights of young children. The need for adequate and continuous sensitive care is based on the dependence of children during their early years and should be defined as an infant’s right because the satisfaction of this need has far-reaching consequences for further development. The right to be protected from violence is also essential, because care without violence can mediate children’s capacity to regulate their own aggressive impulses and to enter into social cooperation with other humans. Likewise, physical integrity and social participation can be seen as an important right of children independent of their gender. Doubtless the way these rights are implemented in concrete social rules depends on context.

Abramson B. (2006) has emphasized that most of the rights of children are context-dependent, which means that they always require balancing. Some of the rights of children may conflict with the fundamental rights of other stakeholders in particular social and cultural contexts, such as the rights of parents to guide their family life with parental authority. This kind of conflict requires interests to be balanced. Balancing the competing interests requires decision-makers to truly value the people who are in the conflict. As young children are not able to express their own interests, they need global agencies that try their best to define these interests and to seek agreement among the world community on which rights are really essential for children.

This is how I understand the work of the Committee of the Rights of the Child: WAIMH tries to specify these rights for infants. Only if we define these rights against a background of a discussion of values and our developmental knowledge, will we be able to balance these rights with the rights of others or other rights, depending on the cultural context. For example, I would claim that there is a difference between a situation in which the president of a wealthy superpower violates the rights of children not to be separated from their parents because of political interests, and one where a Syrian father or mother decides to separate from his/her young child in order to enable him/her to live under safe conditions. If we do not define the rights of infants and do not claim the global validity of these rights, the infants’ need will be unheard and there will be no social need to include these rights in a fair social balance and agreement. We should therefore oppose culturally relativistic attitudes towards children’s rights but employ as much cultural sensitivity as possible when we implement them in real social and cultural contexts. 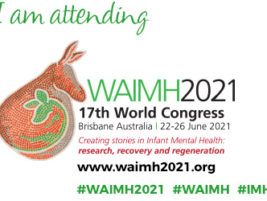 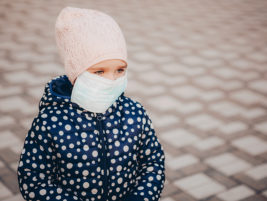 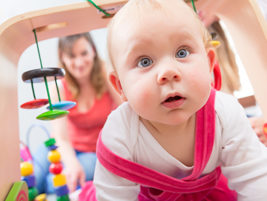