Go raibh gach ní dá bhreáthacht agat agus, go rabhair slán i gconaí (May you have the best of everything and may you always be well)

Before Professor Hiram Fitzgerald from Michigan State University commenced his powerful Keynote presentation at Ireland’s first National Infant Mental Health Conference in Cork in November 2007, he began with the opening words “We are going to start an Infant Mental Health Association”.  Many of the 350+ delegates at that inaugural event knew little about the field of infant mental health!  Of course, the rest is history!

Hiram Fitzgerald is an extraordinary, gifted psychologist, world leader, and journal editor in the field of infant mental health science, research, policy, and practice.  Introduced to us by another inspirational world leader, Dr. Deborah Weatherston from the Michigan Association for Infant Mental Health, who was already supporting the development and integration of infant mental health in Ireland, we were fortunate to have the joy of getting to know Hiram.  In the development of that relationship, we met an immensely generous and visionary leader whom we witnessed, who not only shared his expertise and wisdom with us, but with the interdisciplinary field of infant mental health clinicians and researchers across the world.

Over the past four decades, Hiram’s research and countless publications have shaped policy and practice in how the infant is understood within the context of the family system. He has translated the science and practice of infancy and early childhood and made it accessible to practitioners, researchers, and policy makers.

Hiram’s research has particularly focused a lens on the less developed role of fathers during the first five years of development. It was from this perspective, he facilitated a significant workshop at our 2007 Conference entitled, “Fathers Matter: The Role of Fathers in Early Childhood Development”, which provided a deep insight into the extent to which the father’s presence or father’s absence, has on early child development.  It also opened the subject matter of this neglected area on the role of men and fathers in their transition to parenthood. This was followed by his inspirational Keynote presentation – “Connecting Early Childhood Outcomes to Policy and Practice”.

Hiram is also a distinguished professor.  He has an accomplished history of publications, alongside the four seminal volumes of the WAIMH Handbook of Infant Mental Health, which he co- authored with Dr. Joy Osofsky. He is the author of many book chapters and his special issue journal publications include his focus on fathers and more recently, the biopsychosocial development of boys and the origins of violence in males.  Collectively, his scientific literature has helped bridge the infant mental health knowledge gap here in Ireland; the contribution of his expertise continues to inform us as we endeavour to advance the science and practice of this pivotal early developmental period.

Hiram’s Irish Fitzgerald clann ancestry has greatly endeared him to the founding members of I-AIMH.  He has been a most generous friend to his Irish infant mental health colleagues.

We sincerely thank Professor Hiram Fitzgerald and send him an Irish Blessing for his generosity, wisdom and leadership to us and we wish him well in all his next endeavours.

Go raibh gach ní dá bhreáthacht agat agus, go rabhair slán i gconaí (May you have the best of everything and may you always be well). 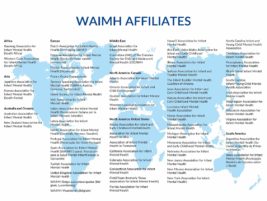 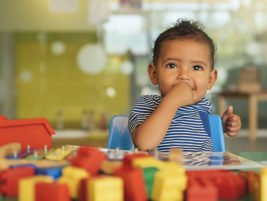