This issue of WAIMH Perspectives in Infant Mental Health introduces the new WAIMH President, Kai von Klitzing to the members of WAIMH and readership at large around the world. In his President’s Address, “Integrating Physical and Mental Health Support for Infants Worldwide,” Kai states clearly and eloquently, “Each mind lives in a body; the survival of the body without a healthy mind causes tremendous suffering. A healthy mind is essential for human development.” This builds on Miri Keren’s leadership during her presidency to promote the mental health of infants through WAIMH’s Infants’ Rights paper and the world of WAIMH in coming years.

Of importance, too, are reflections from sponsored delegates in Ghana and Brazil who attended the WAIMH Conference in Prague. Nana Gaisie (Ghana), Lívia Caetano da Silva Leão (Brazil) and Larissa Ramos da Silva (Brazil) express their gratitude for the support they received to come to Prague and to meet people from around the world who shared their passion for infant mental health.

As the number of Affiliate organizations grows, Maree Foley and Anna Huber have many things to report, as do the WAIMH Executive Officers in Tampere.

We deeply appreciate the contributions each person has made to the summer issue and invite those of you who have commentary or articles to submit for readers around the world. 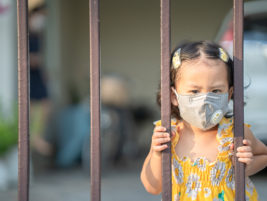